The following three Key District Mission Partners are ones with which we have had a long, direct, and significant relationship.  Your financial support of these ministries should be sent through the District as we have established wire transfer times to forward 100% of your giving in direct support 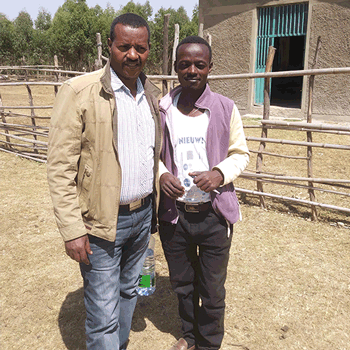 Our partnership with Tabor Congregation began in 2012 with prayers and the raising up of a shared vision to help them reach out into mostly rural areas with a trained staff of Evangelists.  Formalized in 2014, when a team from Augustana was hosted by Tabor, we have sought to provide: 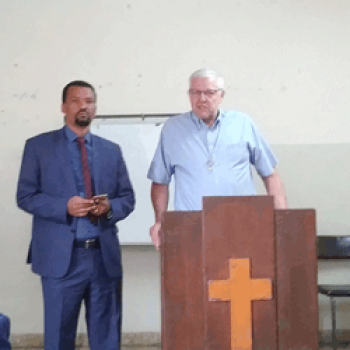 Since 2018, we have had a special giving opportunity with the North Central Synod of the EECMY.  Through their Bishop’s office we support the printing and distribution of the materials used to train and further equip their lay evangelists.  Like Tabor, noted above, the placement of the North Central Synod evangelists is largely in Muslim areas that need to be reached with the Good News of Jesus Christ. 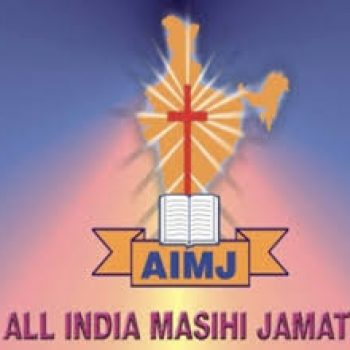 This ministry began in 1992 in the slums of Delhi, India.  Today, they minister to the poorest and lowest castes among seven states in India.  AIMJ provides social services all under the mission of reaching India for Christ.  Currently, the Augustana District is partnering with Pastor Asad Masih,  AIMJ’s General Secretary, to support 4 of their pastors at $125 per month.  These pastors are preaching the Gospel to Muslims in Northern India, seeing one hundred plus baptisms into saving faith in Jesus Christ.

At the request of congregations, the BWM has researched and vetted the following mission organizations.  We offer a brief intro with their contact information for you to consider for congregational or individual support.

Awakening Lives to World Missions (ALWM) exists to call, equip, and to unite congregations for purposeful and practical obedience to Jesus’ call to the nations. Since 2007 we have mobilized and equipped hundreds of congregations to be personally and practically obedient to the global Great Commission.  This has been accomplished through hosting workshops and seminars, leading short term mission trips, and developing resources like the book “Igniting a Passion for Missions: A Guide for Church Leaders” and his new Harvest Focus Workshop for mission teams. This new workshop has been very helpful and very well received in evaluating and energizing teams and committees. Founder and Director Pastor Bill Moberly has been working with churches and mission teams since 1991.  For more information contact Pastor Moberly at [email protected] or visit us at www.alwm.org

ALWM also sponsors the Young Adult Missionary Internship (YAMI) ministry led by Pastor Matt Shields, an Augustana District Pastor. The Young Adult Missionary Internship is a Christian missions program designed for young adults (ages 19-25) to experience life as a missionary in a cross-cultural environment so that they can better discern God’s call for their lives.  For more information contact Pastor Matt at [email protected] or visit us at www.alwm.org/young-adult-missionary-internship

ALWM also carries out ongoing ministry in Vietnam, Cambodia, Laos, and Thailand through ministries in those countries.  One of those ministries is Heart for Mission Laos – Thailand led by Pastor Thomas Thorstad, an Augustana District Pastor.  Their goal is to support the churches in Laos and Thailand to see the unreached people connected with the Gospel.  For more information contact Pastor Thorstad at [email protected] or visit us at  www.alwm.org/heartformission

A member congregation of the Ethiopian Evangelical Church Mekane Yesus (EECMY), Bole Congregation is located in the Business District of the nation’s capital city.  It’s senior pastor is the Rev. Dr. Dawit Yohannes Wario who has had distinguished service with Tabor Congregation of Hawassa, and then Tabor Evangelical College.  Bole Congregation was founded in 2001, and in now under redevelopment in the inner city.  Intentional ministry among the city’s poor and the establishment of Outreach Posts for Gospel proclamation are the chief endeavors of their strategic plan.

Camp Penuel Costa Rica is a mission extension of Camp Penuel, Ironton, Missouri. Their mission is to lead Costa Rican children ages 7-11 to know Jesus as their personal Savior. In order to offer this ministry free of charge to all children, they rely on donations and income from 67-acre farm, growing a diversity of fruits and vegetables as well as producing cheese from a herd of 15 cows.  They seek to be able to serve even more children and their families as they receive support.

In His Light Ministry

Pastor Eddy Perez studied both theology and medicine in Cuba. There he served as a doctor and then became a preacher of the gospel, having to flee his homeland in 2000 due to persecution. In 2008, he began serving at His Light Ministries – (Ministerio SU Luz), in Miami, Florida.  The church’s proximity to Cuba offers a unique ministry opportunity for their radio broadcasts to reach into Cuba via a station called Radio Luz. Often, when people move to Miami from Cuba their home church is His Light Ministries – Ministerio SU Luz because of the connection through the radio program.

Lutheran Church of MyanmarLutheran Christians have been in Myanmar (formerly known as Burma) since the arrival of the first missionary in 1878.  In order to spread the Reformation faith, the Literature and Education Department of the LCM is undertaking the translation of Luther’s key writings into the Mizo and Burmese languages.  A vital ministry of the LCM was begun in 2016, when they founded the Myanmar Institute of Lutheran Theology, before which their pastors and evangelists were trained through other mission partners.

Lutheran Bible Translators (LBT) is an independent Lutheran mission organization dedicated to helping bring people to faith in Jesus Christ. Since 1964, they have striven to do this through their missionaries and staff, who work to make the Word of God available to those who do not yet have it in the language of their hearts. Of the more than 6900 different languages spoken in the world, 66% have no portion of Scripture translated. Believing that no language or cultural barrier should exclude people from receiving God’s Word, LBT works with Lutheran church bodies and Bible translation organizations worldwide – so that every person can have the opportunity to read, hear, and, with the help of the Holy Spirit, understand God’s Word.

Friends of Madagascar Mission (FOMM) is on the “Frontlines of Mission”, supporting evangelism projects of the Malagasy Lutheran Church.  There is no paid staff or property to maintain, so they guarantee that 100% of your gifts will go toward fulfilling the Gospel’s command to “Go therefore and make Disciples of all Nations …” (Matthew 28:19).  Many projects are available for congregations and individuals to support, and partners are regularly updated, through personal newsletters, emails and/or through our website.

The New Hope Mission Society is a Christian community that desires to bring the love of Jesus to the Muslim world. NHMS was formed in 2005 by members of Faith Lutheran Church in Hutchinson, MN, in response to the riveting story of Christian witness by Pastor K.K. Alavi.  Pastor K.K. is a convert from Islam and is a passionate witness to Christ in southwest India.  This ministry is now being shared with his son, Dr. Abdul Massieh, who is preparing to oversee their ministries, to include a Bible School, a Christian printing ministry and more.

Global Christianity is growing. Increasingly, new and fresh evangelistic outreaches emerge from capable church leaders throughout Asia, in the form of audio and video presentations. Responding to this opportunity, Project Video has created 16 audio and video production studios in eight Asian countries. By 2030, God being our provider, we hope to have 100 studios in 20 countries served by four regional training centers and project 10 million people will be impacted through this gospel video ministry.  Mission partners are welcome to help international evangelists by providing equipment and training or sending a volunteer to Asia on a short-term mission trip.

The Spiritual Orphans Network is the new name for what was formerly called the Eastern European Missions Network, which was formed in 1992 in the wake of the collapse of the Soviet Union.  SON seeks to network individuals and congregations in the US and in Eastern Europe for mutual prayer, encouragement, sharing of resources, mentoring of leaders and for sending short and long-term missionaries.

Tartu AcademyA particular need under the ministry of the Spiritual Orphans Network is the support of the Tartu Academy of Theology, of Tartu, Estonia.  Since gaining their independence from the former Soviet Union, the Estonian Evangelical Lutheran Church has worked diligently in reestablishing the Christian faith and witness which had been forced underground during the occupation of their nation.  The Tartu Academy is on the forefront of this revival.   Now led by a 3rd generation Lutheran Pastor, the Academy trains pastors, chaplains, lay leaders and church musicians to bring the proclamation of the Gospel back to prominence in Estonia.  The Tartu Academy of Theology was in desperate need of a permanent home for their academy and training facility, so in 2018, stepping out in faith, they began the plans and renovations of a facility that is now called the Home of Hope.  A significant loan was taken out to provide this new beacon of Hope for the Lutherans in Estonia, and we are invited to partner with them in helping to repay the loan, so the ministry can flourish.

The aim of the WMPL is to glorify God by bringing others into His Kingdom.  Further, The World Mission Prayer League exists to see that populations with limited or no access to the Gospel experience the love of Christ and that believers and communities of believers in the Americas and elsewhere engage in active and collaborative participation in living out their roles in the great commission.

Note: The newsletter is sent on the first Friday of every month and the newsletter deadline is the Monday prior to that Friday.